A letter from a Director of TAS 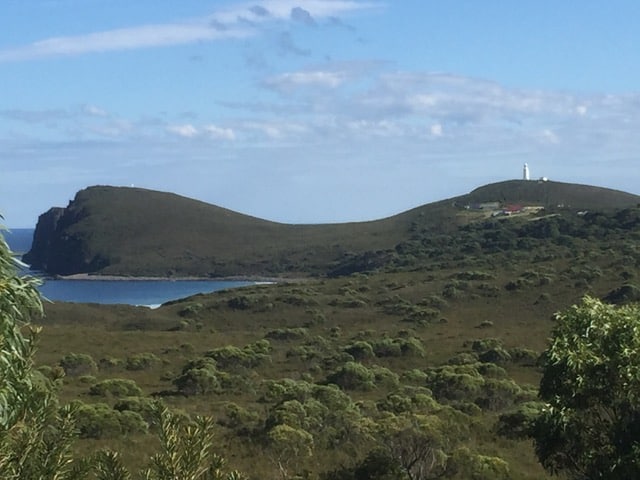 “Kate and I arrived home in mid-March after six months living in isolation looking after remote Maatsuyker Island for the Tasmanian Parks Department. We loved the isolation, the remote location, the wildlife and the extremes in the weather and would have loved to just stay there especially with the outbreak of the Co-vid virus. However, all things come to an end eventually and once back at home we had planned to spend the winter travelling on the mainland into the remote desert country west of Alice Springs and through the Pilbara in Western Australia. Even though all the state borders were still open it soon became apparent that our travel plans would have to be postponed.

We spent a frantic fortnight at home catching up with all the work that needed to be done to the house and garden, catching up with a few close friends and of course all the family. Being reunited with the grandchildren was just the best, they were ecstatic to see us both. Then the Co-vid restrictions hit really hard. Saying hello with an elbow bump is just not the same emotion as a big hug and a cuddle especially where children under 5 are concerned.

We were getting used to being isolated at home when we were given the opportunity to be live in Caretakers at Bruny Island Light station which had been closed to the public and the current Caretakers had gone home. That was just too good of an opportunity to pass up. I lived on Bruny Island for 5 years in the early 50’s and started school there in 1958. In those days Bruny was very isolated, and I always remember how quiet and peaceful it was outside of school hours. The trip back here has brought back some wonderful childhood memories, and not a lot has changed with the Island. There are a lot more houses at the main towns of Alonnah, Lunawanna and Adventure Bay, bitumen roads, upgraded public buildings, much more tourist infrastructure and a much-improved ferry service. Apart from the growth in business and the population, the history and natural values of the Island haven’t changed at all. Bruny has a rich indigenous history and was visited by quite a few of the early European explorers. (Tasman, Furneaux, Cook, Bligh, D’Entrecasteaux, Hayes, Bass and Flinders, Boudin, and Kelly).The scenery is just as spectacular as I remember it although we haven’t been able to travel around the Island, except for a one day trip to the Medical Centre and the Supermarket at Adventure Bay.

Life here at the Light station is almost the same as being at Maatsuyker. The weather is remarkably similar except we are not as exposed to the gale force winds, or the heavy South Westerly sea swells. There is a gravel road from Lunawanna now, that was completed in the 1960’s. Prior to the road being completed the Lightkeepers and their families were supplied by boat from a jetty on the Northern side of the Labilladiere Peninsula. There is also a landline telephone here, and we now have limited internet within the residence without having to walk 300 metres up to the Lighthouse to get a mobile phone signal from Southport. I even brought a television set and have managed to tune ABC and SBS to get the nightly news. I am not sure if that was a good idea or not. The television out the window is much better. As I write this article, I just looked out the kitchen window to see 3 eagles soaring just above the house and alas I am always too slow with the camera. The bird life is prolific with flocks of Yellow tailed black cockatoos, blue winged parrots, Fairy wrens, Pardalotes, New Holland honeyeaters, Eastern spinebills, white fronted chats, and Robins identified so far.

We have a beach and several rocky headlands to ourselves where the views are stunning. From the Lighthouse we can see South Cape out to the South West, Recherche  Bay, Southport, the mountains La Perouse, Pindars and Hartz, then up the Channel to the North, across to Mt Mangana, Mt Bruny, Cloudy Head in the East and to Pedra Branca if it is a fine day. Pedra Branca is a rock column that protrudes from the Southern Ocean and is 25 nautical miles directly south of us. There are plenty of opportunities to walk and take the camera and I did bring the beach rod, couldn’t cast it past the surf and off the rocks there is too much kelp. Fishing is a very relaxing pastime and I’ve promised myself to do more of it. We still do weather observations for the Bureau of Meteorology at 9am and 3pm daily and that is really the only time that matters to us here.

To all members of the Tas Amputee Society, and other people who may read this post I hope you all enjoy this article and the photos of our current isolated environment. Please stay safe and healthy, and we both hope that you are all coping well with the isolation that has been imposed on us all, and that this terrible time will be over very quickly. A special thanks is extended to all the hospital staff, medical practice staff, doctors, emergency response staff, to law enforcement staff and all others involved in helping and supporting all of the community. Thank you all so much for your willingness to put your lives at risk for our safety. Sincere condolences and deepest sympathy to all those who may have lost a loved one.